Why to go electric today

Why to go electric today 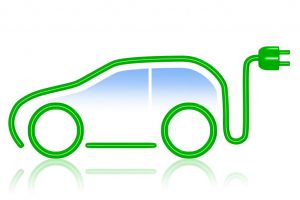 There are a variety of reasons and benefits that present themselves when going electric in the vehicle industry:

In comparison to petrol or diesel, electricity is cheap. If inspected on a ‘cost per mile’ basis, an electric vehicles could cost up to a third (or less) than that of a traditional diesel or petrol engine.

Petrol and diesel engines are very complex internally, they are not only batteries and starter motors. Traditional vehicles include exhaust systems, fuel injection systems, oil, gears and radiators. Electric cars differ from this by having just three simple components: Chargers, inverters and motors. This in addition to the fewer moving parts in general for electric vehicles mean that there are physically less things that can go wrong with the vehicles. Saving you yet more money.

The whole concept of petrol stations is seen as a thing of the past for electric vehicles. Simply plug in the vehicles at home to charge overnight and they are ready in the morning. Using a dedicated home charging unit (as opposed to a standard home plug) is the easiest and safest way of charging the vehicles at home.

Not only this, but in the future there will be electric charging stations posted at various convenient locations to allow the vehicles to be charged at all times that you are not in your vehicle. Furthermore, our article ‘the future of electric vehicles’ details how the future could contain a procedure that allows electric vehicles to go from empty to fully charged in as little as 3 minutes.

All governments seem to be actively encouraging drivers to switch to electric cars and vans – which is great news for anyone considering buying a new one. Governments can see the benefits of electric vehicles on the green-house gas pollution and the climate as a whole, due to this, subsidising and tax exemptions are allotted to certain electric vehicles in certain countries (a growing number) to offer greater incentive to purchase.