Tesla paving the way for the future of EV?

Tesla paving the way for the future of EV? 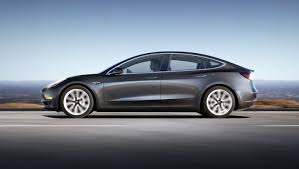 In surprising news for Tesla, the company received a full sale tax exemption in China. This decision coincides with Tesla’ decision to increase their prices.China currently impose a 10% purchase tax on cars, but the industry minister posted an update revealing that Tesla X, Tesla S and Tesla 3 are to be exempt from this taxation. Tesla have stated that the average purchaser could save up to 99,000 Yuan (£11338.97) on each purchase. This saving more than negates the effects of the 3% price increase Tesla have imposed across the board.

China have not made it clear why this tax exemption has been incorporated, but it can be assumed that it is an electric vehicle incentive imposed with the hopes of increasing Tesla’ access to the country following the current trade disputes between the US and China.

As surprising as this development is, it is very exciting for electric vehicle manufacturers and salesmen alike, due mainly to what this could potentially mean for the industry as a whole. The benefits of electric vehicles can be explored in our article ‘Why to go electric today’, and many of the benefits explored in this article align with a positive image for most governing bodies.